Vacatures
×
+
+
Back to news overview

During the presentation of the 1.2. Tree Award during the Green Expo in Ghent, the first, third and fourth prizes all went to projects with Ebben Nurseries. The 1.2. Tree Award is a distinction for successful and sustainably developed garden and park projects in which the trees set the tone. Ebben and Exterior managed to impress the jury with the use of interesting, monumental multi-stem trees in contrast with sleek, modern architecture and won the first prize.

The 1.2. Tree Award is presented to value and strengthen the cooperation between garden contractors, landscape architects and tree nurseries as well as their skills. The skill of the landscape architect in the design phase, of the garden contractor in the implementation and the craftsmanship and knowledge of the tree grower as supplier of trees that set the tone. Successful and sustainably developed garden and park projects, in which trees form the basis for the project competed for the prize.

The first place went to an exceptional private garden by Ebben and Exterior, a garden stretching over three hectares for a modern, cubist home in the rolling, rural surroundings of Raeren, Belgium. In front of the large glass panes of the living room, seven-metre-tall multi-stem Zelkovas were planted, which filter the sunlight and bring cooling. With their whimsical trunks, the large trees frame the landscape as it were, creating an interesting effect. In front of the house, fifteen standard Pine trees with a trunk circumference of 50 to 80 cm dominate the landscape. The three-hectare garden is also planted with various species of multi-stem trees, some of which are flowering, and six mature London planes around the terrace.

Ebben Nurseries also received the third prize, along with consultancy firm Landmax for the Vervoordt Canal project in Wijnegem and fourth prize with Maxwan ISM Antea Group for the Den Bruul project in Mechelen. 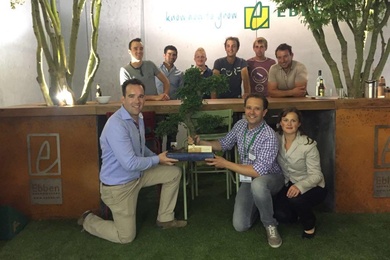 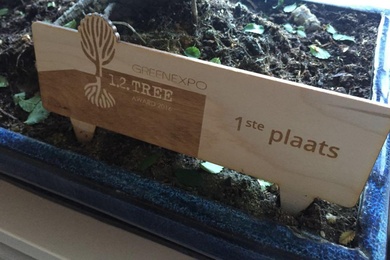 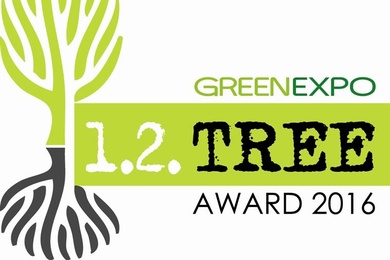 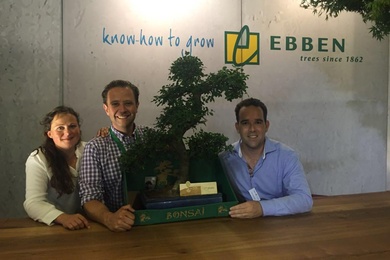 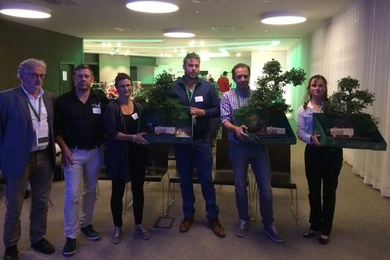