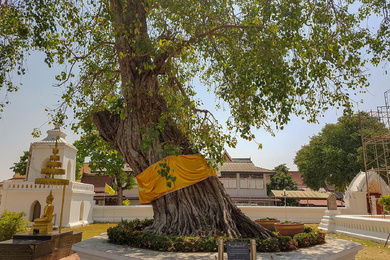 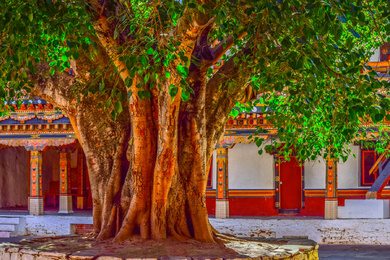 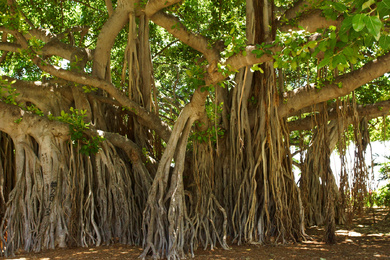 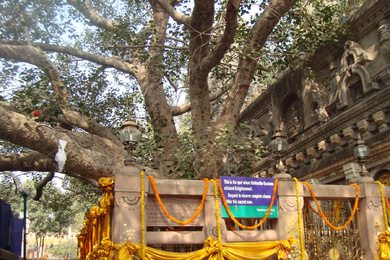 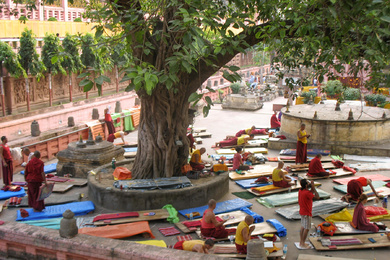 Trees of the world: a majestic crown and gigantic aerial roots

The sacred fig owes one of its names to the banyans - traders from India who conducted business under its branches. The tree is from the mulberry (Moraceae) family and is native to India and Sri Lanka. Many people in India, the Himalayas and China consider the tree to be holy, as it is believed that Gautama Buddha attained enlightenment under a bodhi tree.

Legend holds that the enormous crown of the sacred fig can grow so wide that Alexander the Great was able to shelter under the tree with his whole army. The largest specimen can be found at the botanical gardens in Calcutta. Around 200 years ago, this tree settled into the crown of a date palm and went on to grow into the sacred fig with the largest crown in the world. The diameter is no less than 131 metres and is supported by 1775 aerial roots, which stretch from the branches to the ground.

The double-decker suspension bridge - Jingkieng Nongriat - is perhaps the most impressive example of the sacred fig's strength. The Khasi inhabitants of the northeast-Indian region of Nongriat plaited the aerial roots of the tree to form a bridge that spans a huge gap. The roots were guided along a rope across the gap over a period of more than 25 years, until the bridge was so strong that is could be paved with stones. Older examples of this kind of bridge are said to have been in use for more than 500 years.