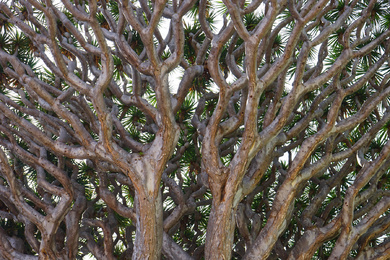 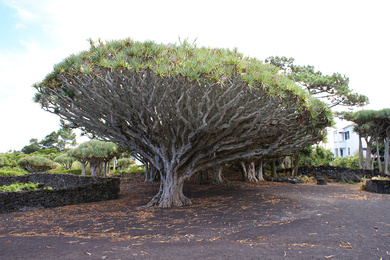 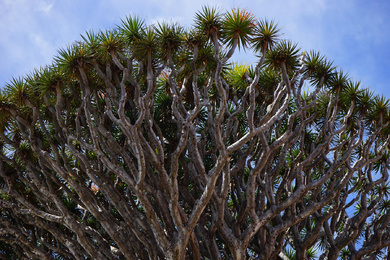 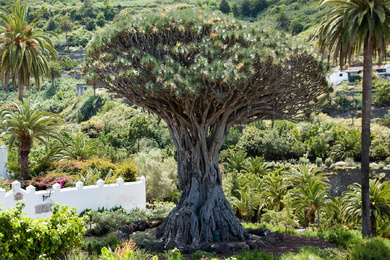 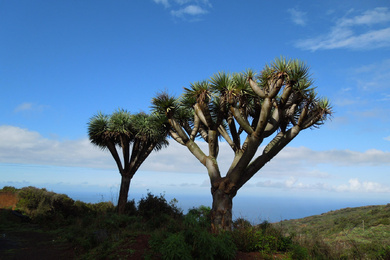 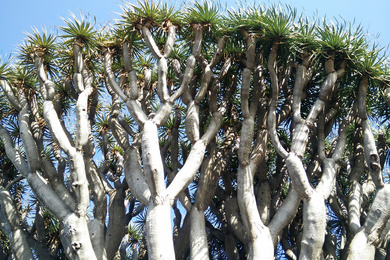 Trees of the world: characteristic appearance with healing powers

The dragon tree is a monocotyledonous tree in the agave family. It has no growth rings like a dicotyledonous tree and its age can only be estimated by counting the number of branches. In the first ten to fifteen years, it is only the trunk that grows, then it begins to form branches. The branches also grow for ten to fifteen years, before splitting again. It takes a century for the crown to reach its beautiful umbrella shape.

The appearance of the dragon tree - and particularly the scaly bark - is indeed reminiscent of a dragon. The red resin was also thought to be the blood of European dragons. It was used by medieval alchemists and in painting. Modern alchemists use the resin in cosmetic products and as a dye. Italian violin makers add it to their lacquer, giving the violins a deep colour and perhaps allowing them to produce magical sounds. The medical world also attaches great importance to this special tree. The resin contains substances that are used to fight cancer, such as in cytostatics to combat leukaemia. The tree is thought to contain further medicinal substances and the possibilities are being explored.

The original inhabitants of the Canary Islands, the Guanches, used the resin of the dragon tree as a healing salve and to embalm their dead. The tree played an important role in the religious life of the inhabitants. They hollowed out a very old specimen in the Orotava valley in Tenerife to be used as a chapel. This tree was 18 metres tall, with a trunk circumference at the base of 14.6 metres. It is thought to be a couple of thousand years old.